The official media site of the Bellamy Bulldogs 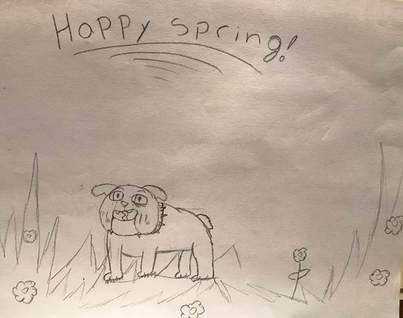 Don't stress over tests!
By Rylee Mullin
Written on April 4, 2018

Everyone knows that the MCAS tests are just around the corner, and in some cases here already! But don’t fear, don’t stress and don’t make a mess, here are some easy tips to help you get through April and some of May. But before we start, remember to be quiet and respectful in the halls.

-Be sure to study. This is the most important tip to ensure you’re prepared for the test. Check in with your math and ELA teachers if you’re confused.

-Go to sleep early the night before. Being well rested and energetic is very crucial! Your memory will recall anything you’ve studied or gone over if you’ve gotten enough rest.

-Listen carefully to instructions and be sure to know what's expected of you. We all know how daunting a page of instructions can be, so if you have the opportunity to listen to your teacher explain, snatch it before it’s gone.

-Still confused? Don’t worry, raise your hand and ask for something to be repeated. Chances are you aren’t alone in your confusion.

-Be sure to eat a healthy breakfast. You want to be alert and focused, an empty stomach isn’t going to do that for you! Blueberries, eggs, avocado, whole grain and carrots are all good things to incorporate into your breakfast.

-Focus on addressing each question individually. If you don’t know an answer, try it the best you can or skip it and go on to the next. Just be sure to revise your test before you hand it in to be sure you haven’t skipped any questions. Once you submit it, there’s no going back to the previous session.

-Relax. If you’re so nervous you blank out, you may need a break. Of course you can’t stand up and walk around, but you can go to the restroom, along with stopping for a second to take a breather.

Taking tests can be stressful, but if you follow these simple tips, you’ll do great! 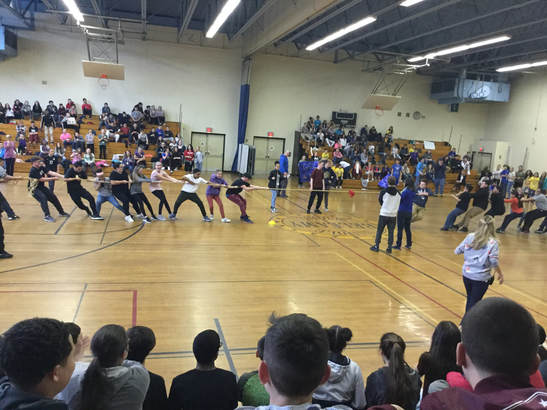 A bunch of team supporters are yelling to the top of their lungs and chanting; GO PRIDE! GO GOLDEN BEARS! GO TRAILBLAZERS!
The battle between Golden Bears, Pride, and Trail Blazers was very ecstatic and challenging as the teams competed in an Olympic event last Thursday. It was a very big challenge for all 3 teams, due to all the players' big skills.
The first game was the cup stacking challenge where all the players from each team participated with a confident smile on their faces.After the time ran out, the winning team ended up being the  Pride.
The next Olympic game was the timed puzzle. As each team got ready to start, the administrator explained the rules to all the teams. With the sound of the whistle,TWEET! The teams instantly got to work on solving the mind boggling puzzle! Suddenly, there was a big cheer coming from the left side of the gymnasium. The winners of the timed puzzle event was Golden Bears!
With all the puzzle objects moved away,  basketballs were ready for the free throw contest.  First up for the free throw is the Trailblazers team. All the participants got ready in a line to start at the ring of the whistle. Then up next was golden bears, and finally Pride threw last. The winners for that event were the Trailblazers.
Next up was the obstacle course, a whole course set up for each team. Each of the teams had a different strategy of finishing first. But the Pride has a really good strategy, allowing them to win the obstacle course event.
A big strength game was next, which was the tug-of-war.  Different trials were held to determine the winner for this one. But in the end, the winners of this big challenge was Trailblazers. Finally, one of the biggest events of the Olympic games was the lip sync battle.  Each team had a brave person who was willing to lip sync or dance for their team. The competition was very tough, but in the end there was a winner of all the teams.
Everyone waited to listen for the winning team, as the Mrs. Dillahunt raised the microphone to announce that the winner was… Pride!
Congratulations to pride for coming so far into the Olympic Games. The Pride team were the lucky victors and claimed their prize trophy. 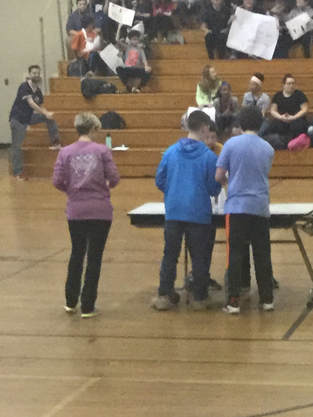 Bellamy Students Walk Out in Support
By Rylee Mullin
Written on March 14, 2018

Today, many students at Bellamy “walked out” to show support for Parkland High School or to protest a change in school safety. The Trailblazers team also participated in a “Game Changers” assembly put on by students from Chicopee High School.
The social studies teacher for the Trailblazers team, Mr. Soillis had some insight to provide about the days events.
Asking about preparation for his students, he explained how he went over the First Amendment with his homeroom, along with the freedoms and limitations we, as students have.
Along with this information, he also mentioned what he would do if he was presenting along with the Chicopee High students.
“I would really just reiterate the importance of schools being a community. If one student has a problem, we should all come together to help them,” Soillis said.
He also stated how he helped to notify other teachers that he would discuss the events with his classes.
Schools across the country participated with the walk out on March 14. 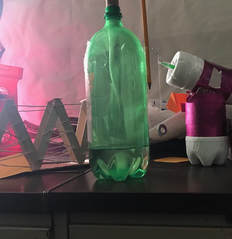 As you look around the gymnasium, a bunch of tables are laid out, filled with boards. Everywhere you look, there are colorful boards, judges, and prototypes laid out for you to view.

STEM fair is a very important project that has been going on for almost 5 months as all the seventh grade students have been working very hard to get their prototypes done.
Judging day was held on March 5th and parents and guardians were able to see the cool inventions on March 6.
“It was difficult of thinking of what to do, but as soon as you got to making the prototype, it was a lot easier,” said Anna   Carriveau from the Trailblazers team.
Sophia Gonzalez also stated, “It was hard at first, but once you get into it, it gets easier”. “The judging wasn’t bad as I thought it would be,” she added.
Out of all the 7th graders that commited to STEM, only 14 finalist were chosen for the fair to be held at Chicopee Comprehensive High School.
As great as the event was, there were also a lot of hard workers that used their time wisely to make their project.
Congratulations to the 14 finalist for their hard work! Bellamy is proud of you, as well as your  science teacher! 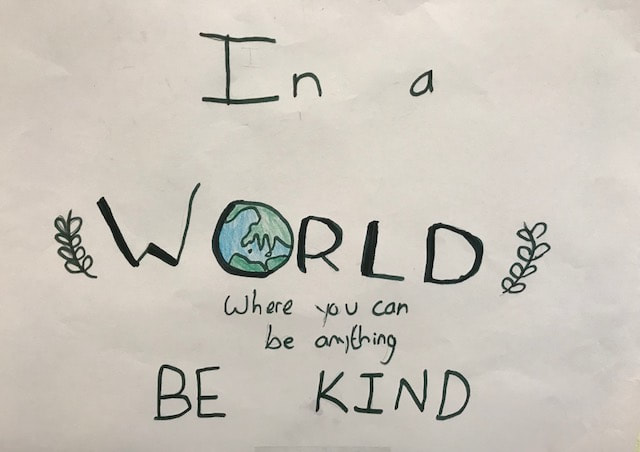 Bellamy Bulldogs are recognizing Kindness week and are encouraged to spread kindness throughout the school and among peers.

Kindness week is being celebrated the week of February 12-16.
Students were given kindness checklists to practice every day.

Even if you typically do not make it a point to do something kind, send someone a nice note or thank a teacher. They'll appreciate it!
​

Failure is not an option.